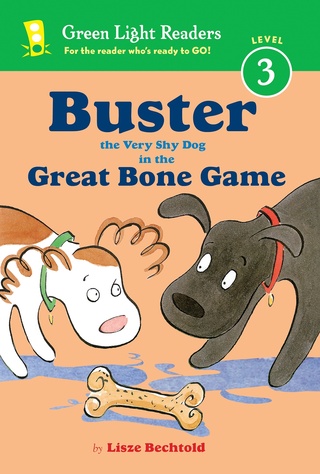 Buster the Very Shy Dog In the Great Bone Game 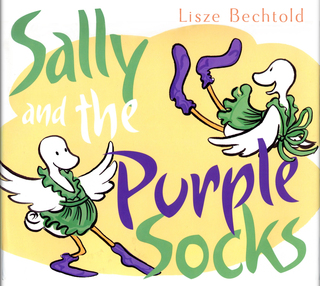 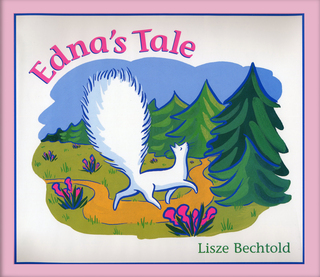 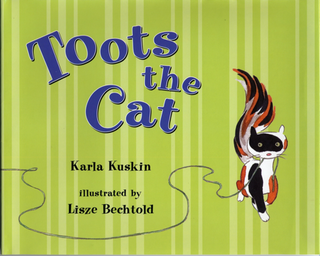 Most of my books were inspired by my weird pets. Buster and Phoebe were real dogs. Buster was so shy that most people met him by accident. Phoebe was a total party animal. She even charmed people who disliked dogs. She tricked Buster out of his chew bones every single day and he never suspected her. Edna was an ugly, uncoordinated kitten who grew into an agile hunter with leaves always hanging from her fluffy tail. I also had a pet duck, a cat who loved standing in puddles, and a dog who believed there was a monster living in the spa.

A child is far more demanding of clarity and brevity in books than an adult, and yet a child is delightfully more tolerant of silliness. I love the challenge of expressing deep feelings with silliness and brevity.

book trailer for the Buster books

Buster and Phoebe's bones are being dug up in the backyard. How will they find them again, and figure out whose is whose? When someone makes a mess of the garbage cans, Buster and Phoebe must work together to solve the mystery of the Garbage Bandit. OPPENHEIM GOLD AWARD book, MARYLAND BLUE CRAB Honor

Buster the Very Shy Dog in the Great Bone Game

When Buster comes to live at Roger's house as a shy puppy, he has a lot to learn. It's a good thing Phoebe is there to teach him a few tricks. Or is it? Phoebe helps Buster "train" his bones to stay, but they keep disappearing.

In this level 3 reader are two new Buster the Very Shy Dog stories. In the first, Buster helps a tiny, homeless kitten he has found, despite the loud objections of the other pets in his household. In the second story, Buster finds himself caught between the divergent interests of his friends. What can they all play together if the kitten doesn’t like chase-the-cat or tug-the-rope, and Phoebe and Gregory think talking to birds is boring? What if the one game they all agree to play is something that Buster finds scary?

Buster briefly overcomes his natural shyness and discovers his particular talent. Although easy to read, the subject matter of the stories is interesting to all ages. It has been in print since 1999 and is recommended by several websites on shyness. OPPENHEIM GOLD AWARD

Sally is unflappable and creatively resourceful when challenged by a pair of out-of-control purple socks. A CHILDREN'S CHOICE book, as well as a part of Dolly Parton's Literacy program, imaginationlibrary.com.

Edna enjoys the fame of her exceptionally beautiful tail... until she is invited to a party to meet a new cat in the neighborhood who also has a special tail. Her sense of competition leads her to extreme measures and an unexpected discovery about herself.

“...the bright gouache artwork will show up exceedingly well at story hours. Everything shimmers with movement and shines with fun in this witty, well conceived offering."
--Booklist

Toots the Cat: A Collection Of Cat Poems (illustrator)