Me in 3rd grade

Me with the real Buster & Phoebe 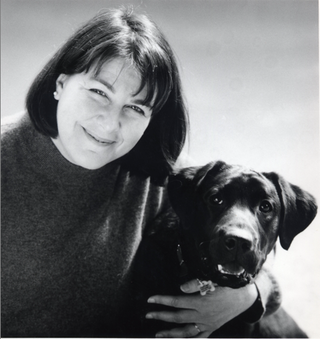 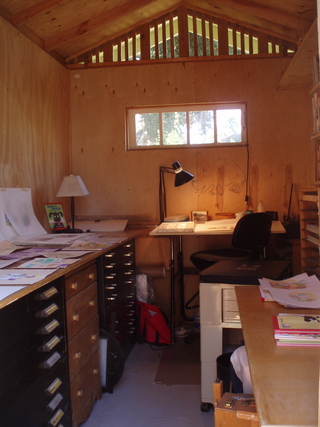 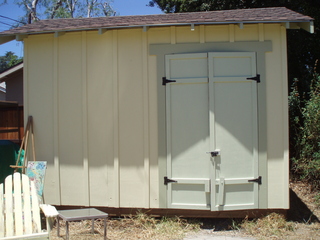 I was a scrawny, shy kid blessed with the bossiness of being the eldest. Most of my free time was spent drawing. The rest was spent corralling my siblings and younger neighbors into performing circuses and playing "school". My little sister was three when I inadvertently taught her to read. As a teen, I discovered music and theater, which helped with the shyness. A childhood-long love of horses was finally expressed directly while working at a stable in exchange for riding lessons. My artistic expression expanded when my open-minded mother allowed me to paint murals on my closet doors, and one day, giant daisies on the family car. Perhaps she had expected the proposed flowers to be more discrete. Ours was the first decorated car in town, but not for long. I'm waiting for the trend to return. Perhaps plaid... 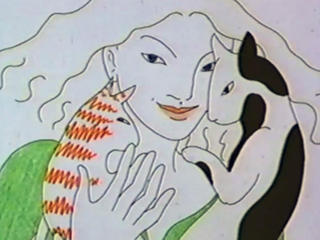 My interests in theater, music, and art continued at a tiny college in Oregon until an animation class changed everything. Here was a magical, although tedious, way to consolidate all my interests into one project. I transferred to California Institute of the Arts (Cal Arts) where I created animated films, including a multimedia performance of animation projected on to live dancers, accompanied by live music. Appointed student member of the Filmex shorts selection committee, I later became a full member and coordinated the festival's Animated Shorts screenings. After earning an MFA, I worked for various studios including Disney Feature Animation ("The Prince and the Pauper"), Kroyer Films ("Ferngully"), and BRC Imagination Arts. I especially enjoyed animating characters made out of effects, such as the bubble fish for a World's Fair installation.

After becoming a parent, I turned to writing children's books. It was a less time consuming way to tell a story than animating personal films... 32 pages of drawings rather than hundreds. The Society of Children's Book Writers and Illustrators (SCBWI) is a fabulous resource that led to a wonderful peer group and eventually publication, although it took nine years and winning first prize at a Writers Day before I felt ready to submit work to publishers. It took another four years to sell my first book, Buster the Very Shy Dog. It was bought three times before I actually got to sign a contract because publishers were busy buying each other, changing staff, and retiring imprints. Contracts would fall through before being finalized.

More involvement with the SCBWI led to co-coordinating Illustrator events, becoming an L.A. Regional board member, and teaching workshops. 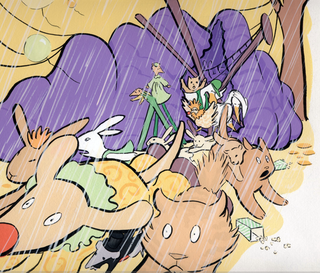 Painting the art for Sally and the Purple Socks was a particular challenge--ink brush line on top of gouache backgrounds--inspired a return to school to learn Photoshop... then InDesign, AfterEffects, Maya, TV Paint, and... soon I was gobbling up classes. I fell in love with animation all over again. Now my artist's tool box is full of jangly new digital tools for creating books and films, currently a webisode and a computer game based on the Buster books.