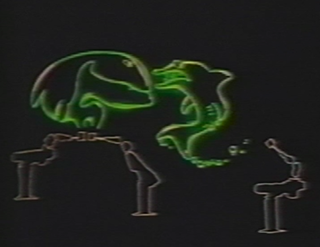 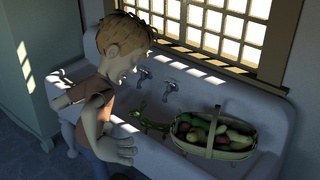 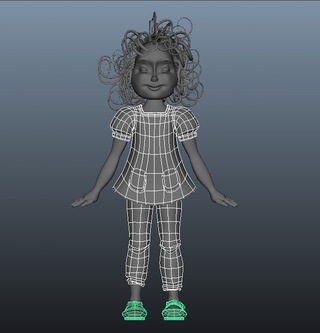 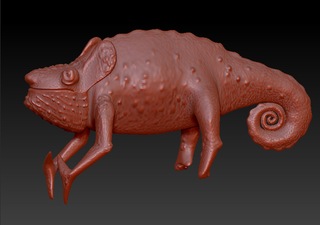 Mellers Chameleon painted in ZBrush to bring out its expression

MOON BREATH BEAT is a hand drawn experimental 2D film. The film was started it in sketch books while traveling. I animated straight ahead from bottom page to top, with only a pre-composed rhythm as the film's framework. The dream-like stream of consciousness story evolved as it was animated, becoming loosely about the loss and regaining of creativity. When I got home, I switched to pegged animation paper and frosted cels. It took several years to complete. The sound track was recorded and cut together afterward, sometimes 4 frames at a time, to fit the images and follow the rhythm. We're talking 35mm magnetic track and tape, kiddos! No ctrl Z undos.

I am incredibly honored that Moon Breath Beat was among the films added to the National Film Registry in 2014.

Congratuations! I just read through the Registry's 25 picks and I guess the title interested me? I immediately had to look up the video and thanks for posting it and I can't believe how much work it was to make. I love it.

I studied animation at Cal Arts, back when everything was done by hand. Fascinating steps in the evolution of computer animation appeared at the various studios where I worked. When it became so ubiquitous that my young son was making his own shorts on our home computer, I returned to school to learn digital tools of the art. This reel contains selections from the all the animation media I have used so far. Still exploring...